Olympus introduced the world's first commercial gastrocamera in 1952 and has continued to lead the evolution of such devices in the years since. Today, endoscopes are indispensable medical devices for early detection and treatment of cancers and other lesions, helping to reduce burdens and improve the quality of life for patients.

Olympus launched its development of the gastrocamera after a doctor told the company, "To help cure stomach cancer that afflicts many Japanese people, I want to use a camera that can photograph the inside of the stomach." After overcoming numerous challenges, including developing an extremely small light bulb, lens, and film rewinder, as well as selecting the best materials for insertion into human bodies, Olympus produced the world's first commercial gastrocamera in 1952.

Arrival of the fiberscope 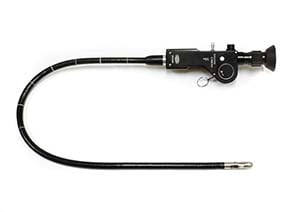 The fiberscope that enabled the stomach to be observed in real time. By using glass fiber capable of transmitting light even when bent, Olympus successfully created a device that could directly observe the inside of the stomach. 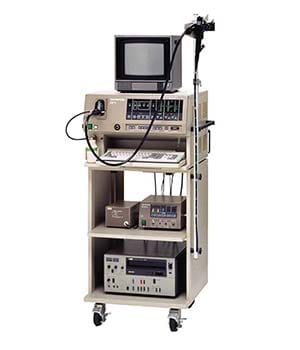 A videoscope with a CCD embedded in its tip converts images into electric signals that are displayed on a TV monitor. This enabled multiple doctors and other healthcare workers to observe images at the same time, contributing to improve diagnostic accuracy. 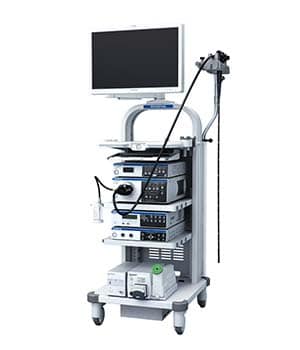 In 2002, Olympus developed the world's first high-definition endoscope system capable of clear, extremely precise images for the detection of extremely small lesions. The endoscope has continued to evolve as a medical device used not only for observation but also treatments and procedures. Olympus' pursuit of further advances continues unabated.

Note: For more information on the history of endoscopes, please visit History of Olympus Products: Endoscopes.