Olympus Corporation (President: Tsuyoshi Kikukawa) was a premier sponsor of "A Day in the Life of Africa" and provided extensive support, including the supply of photographic equipment, for this international photographic event. As part of its contribution to this initiative, which was the biggest photographic project in history, Olympus staged the first "A Day in the Life Africa Exhibition" at the Tokyo Metropolitan Museum of Photography in June 2003. Admission fees from the exhibition were donated to the United Nations for use in AIDS education. The United Nations Development Programme (UNDP) used these funds to produce a music CD, "We are the Drums for an AIDS Generation," which was recently completed. 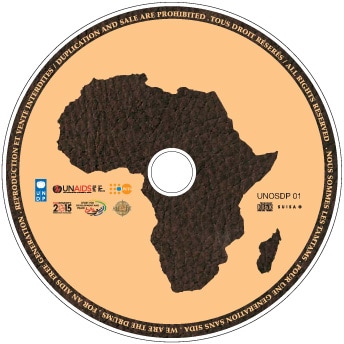 For "A Day in the Life of Africa," 100 leading photojournalists from 26 countries were dispersed among 53 African nations. The aim of this major project was to create a photographic record of a day in the life of the African continent. Among the many internationally renowned photographers who participated in the project were Pulitzer Prize winners Larry Price and Jay Dickman, as well as Eli Reed of Magnum and former United Nations photographer John Isaac. Japan was represented by Taiji Igarashi and Keiko Murakami. The photographs were taken on February 28, 2002 using digital single-lens reflex cameras and portable dye sublimation printers supplied by Olympus.

The main purpose of this project was to raise awareness of the crisis facing Africa, where the number of HIV-positive men, women and children is in excess of 25 million and continues to increase by two every minute (*1). The resulting photo book has been published in English, French and German, and all proceeds from sales are being donated through the project's executive office (*2).

The CD will be distributed at an exhibition of "A Day in the Life of Africa" photographs, which will open at the National Art Museum of China in Beijing on World AIDS Day (Saturday, December 1, 2007).