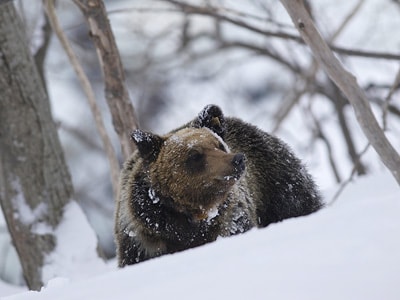 On October 24 2008, Olympus Corporation (President: Tsuyoshi Kikukawa) will officially launch Part 3 of the Global Warming Witness - Mitsuaki Iwago Special website, this time featuring Japan's Shiretoko Peninsula. Precious photographs documenting the changing seasons in Shiretoko plus the latest video footage from this renowned Japanese nature photographer's expeditions to the region will be released in long-running serial format over a period of around six months, updated monthly.

The volume of ice drifting into Shiretoko during the region's harsh winters is declining annually, with global warming a suspected culprit. To Mitsuaki Iwago's eyes, the melting ice floes have lost their sharp corners and have become "gentler." Since time eternal, ice floes drifting into Shiretoko have brought nutrients for the sea, attracting vast shoals of the fish that provide a food source for rare birds such as Steller's sea eagle (Haliaeetus pelagicus) and the white-tailed eagle (Haliaeetus albicilla). These same seas are also the repository for nutrients produced in the region's forests and carried to the ocean via its rivers. For this latest Global Warming Witness project Iwago will use his lens to capture majestic Steller's sea eagles and white-tailed eagles taking flight from these "gentler" ice floes; killer whales passing through the seas off the Shiretoko Peninsula, and brown bears awakening early from hibernation in a still snow-filled forest. Here in Shiretoko, a microcosm of the Earth's environmental systems, Mitsuaki Iwago will paint a picture of our planet's true face.

The aim of the Global Warming Witness website is to encourage visitors to think more about the natural environment -- in particular global warming, an issue that currently dominates public environmental discourse -- by presenting vivid, natural images of the landscapes and fauna of the Shiretoko UNESCO World Heritage Centre through the eyes of internationally-renowned wildlife photographer Mitsuaki Iwago.
In 2006 Iwago traveled on a photo-shooting odyssey to Canada's Wager Bay in the planet's far north, and in 2007 to Africa's majestic Kilimanjaro, just south of the equator. For the third expedition in the GWW series, in 2008, Iwago has shifted his focus to the temperate zones, most favored for human habitation, turning his lens this time on Shiretoko, Japan, just such a region but one with a unique ecosystem, to capture its scenes throughout all four seasons based on a theme of "Our Earth's true nature." Beautiful seasonal landscapes and the creeping impact of global warming on those landscapes will be shown on the website via still photographs and video footage. A photo contest is also being held on the same theme, giving successful entrants the opportunity to share their observations of the natural environment with a global audience.

1. Coverage of Shiretoko throughout the year
Internationally renowned wildlife photographer Mitsuaki Iwago will travel to the Shiretoko World Heritage site for the Global Warming Witness - Mitsuaki Iwago Special series five times over the course of a year to capture from his own unique perspective the region's natural surroundings and wildlife in each of spring, summer, autumn and winter. In this venture, he will build up a comprehensive year-round picture of the ecological marvels of Shiretoko, including the dwindling winter ice floes off the Shiretoko Peninsula and the various eagles, seals and other creatures that make their homes there; in spring, brown bears awakening early from winter hibernation, and in summer, the sperm whales that frequent the Sea of Okhotsk.
Using this valuable visual record, the website will explore the effects of global warming, which poses a potential threat not only to the natural environment and creatures living in it, but to our own way of life as well.

2. High-resolution photographs taken by Mitsuaki Iwago using the E-3, plus broadband movie footage of his expeditions
Gallery pages composed of photographs taken by Mitsuaki Iwago plus video footage of Iwago's Shiretoko photo shoots will be published on the website. These will be renewed around seven times, with a final update in March 2009.
All photographs presented on the site will be shot using the E-3 high-resolution digital single reflex camera, and visitors to the site will be able to view Iwago's dynamic images in combination with video footage of the relevant photo shoot.

3. GWW*1 photo contest
The GWW website is currently running a photo contest on the theme of "Nature and wildlife you want to protect" http://www.olympus.co.jp/en/gww/Siretoko/exhibition/photocon/index.html and the subjects can be attractive landscapes, cherished animals etc. Entries close November 30 2008. With Mitsuaki Iwago as head of the judging panel, which also includes guest judge TV announcer Christel Takigawa, the contest will give members of the public the opportunity to share their environmental concerns with a wide audience through the medium of photography. The enticing lineup of prizes for the best entries includes an E-3 digital camera with an interchangeable lens for the top prize winner, and an E-520 lens kit. Winning photos will also be displayed at a Global Warming Witness - Mitsuaki Iwago Special exhibition scheduled for February 2009.
(*Unfortunately, the "Global Warming Witness−Mitsuaki Iwago Special" photo exhibition has been cancelled. Photos of the contest winners will be exhibited on the website. We extend our sincere apologies for this inconvenience.)

4. Collaboration with WWF*2 Japan
WWF Japan is the Japanese branch of the world's largest non-governmental conservation organization. WWF Japan has been collaborating with Olympus for 25 years now since 1983, and has also lent its support to the Global Warming Witness - Mitsuaki Iwago Special project, including supplying information on global warming's impact on wild animals.

As the world's largest conservation organization, WWF enjoys the support of over five million members in around 100 countries. Established in 1961 to protect wild animals threatened with extinction, WWF has now expanded its sphere of activity to encompass environmental issues such as global warming and pollution by toxic chemicals. WWF also aims to build a world in which people and nature can coexist, for example by promoting sustainable use of timber, marine products and other natural resources.

Born 1950 in Tokyo. Inspired to pursue a career in wildlife photography following a visit to the Galapagos at the age of 19 where he was astounded by the natural wonders on show, since then Iwago has crisscrossed the globe capturing natural wonders on camera. His distinctive use of color and contrast has attracted widespread attention in the overseas media, and his work is highly acclaimed both at home in Japan and abroad, with a portfolio that includes two covers for National Geographic. Okite, a collection of photos taken during a stay in Serengeti National Park, was translated into English, the English title being Serengeti: Natural Order on the African Plain and the book has proved to be a long seller. In recent years Iwago has traveled the world using an Olympus digital SLR to photograph myriad landscapes and wildlife, from polar bears in the far north of Canada to giant pandas and ibises in China; expeditions that have allowed him to witness firsthand the dramatic changes in the global environment and the impact of human activity, which he continues to depict through a variety of media. Iwago's photos can be viewed at www.digitaliwago.com as they become available.