Combining optics and digital technology, there is more to Olympus's DSX Series of opto-digital microscopes than just ease-of-use. With their simple operation, the microscopes show users things that had not been available to them in the past. This goes beyond the type of samples they can be used to view and extends to showing users how to use the microscopes, including observational skills arranged to their level of expertise.

A developer of electrical systems for industrial microscopes, he worked in product development for many years as a Product Leader before joining the Marketing Department where he had an extensive involvement in product planning. His current role is Development Product Manager, overseeing all industrial microscopes, including the DSX Series. Having been involved from the outset in its planning, he has a strong commitment to the DSX Series.

As well as having gained a depth of technical knowledge about industrial microscopes through sales in Japan, he also appreciates the difficulty of passing this knowledge on. Having transferred to the Marketing Department, his comment about the newly developed DSX Series was, "The microscope field is one in which you can go a long way toward satisfying users' demands. I hope I can convey the underlying fascination of microscopes to even more people." 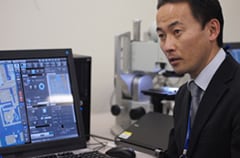 Use of microscopes to view micromanufactured components typically involves following certain analysis or measurement patterns to determine whether any abnormalities exist. When observing a component that has been reworked following discovery of an abnormality, for example, it is essential this be done using the same settings as when the cause of the defect was first identified. If the microscope has been used for other purposes in the meantime, it is necessary to restore these previous settings.

The DSX Series has a function to store setting conditions used for an observation. Restoring previously used settings is a one-touch operation. Because this makes the repeatability of analysis and measurement both easy and reliable, it dramatically increases the efficiency of microscope use.

A common approach when using a microscope to identify the cause of a defect is to make a series of observations under different conditions to home in on the target. Because the DSX Series allows observation settings to be saved with a user-specified name, observation conditions used in the past can be recalled and reproduced as needed. This makes it quicker to get onto the task of homing in on the problem.

Use of Report Function to Share Observation Methods and Results 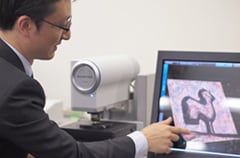 The DSX Series has a function for generating reports that include details of the observation method (microscope settings) as well as the results. The function can also output data in a format suitable for commonly used PC office software or in PDF format for easy reading. This provides a quick and easy way to produce reports for use within the company.

This function can also be used to share observation methods and results between involved parties so analysis and measurement results can be fed back promptly to R&D, production or other users. Sharing observation methods between those working on a particular task can also help improve the level of microscopy skills within the team.

Display a Number of Results Simultaneously

When using a microscope, it is not uncommon to be uncertain about which observation method will best suit the sample. In the case of micromanufactured components, it is often difficult to tell the difference between what is normal and abnormal.

With the DSX Series, you can display a list of images captured using different methods depending on the purpose of the observations. As the optimal image can be obtained simply by touching the operation panel, the user does not require special expertise about each observation method. The procedure for making changes is also simple, which makes the microscopes suitable for R&D, production and other workplaces where time is at a premium.

Additionally, as producing a list of images for various different samples allows you to learn by example the different observations produced by the different methods, you can expect to build up a depth of knowledge about these observation methods in a short period of time. 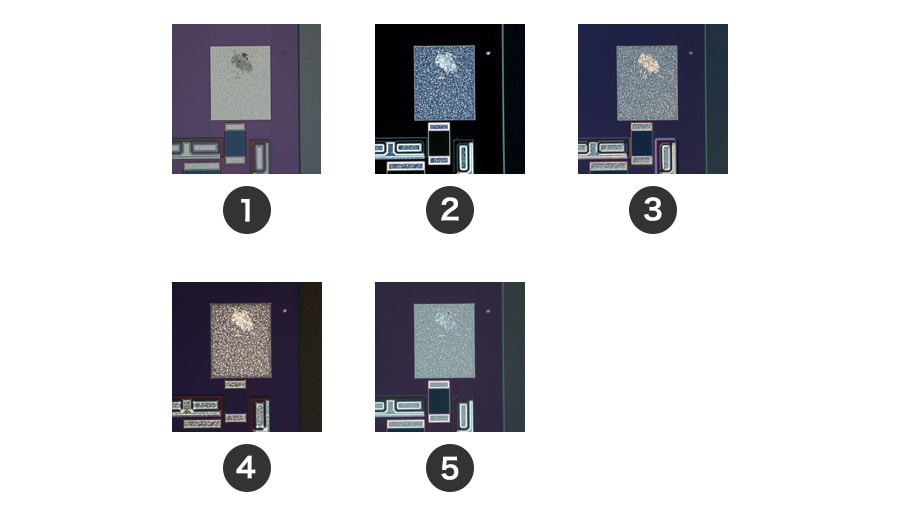 1: BF Bright field: This is the standard observation method for optical microscopes
2: DF Dark field: The sample is illuminated from an angle to highlight cracks or similar. This method is very good at finding defects.
3: DIC Differential interference contrast: This method is suitable for samples with an uneven surface.
4: PO
5: MIX(BF+DF)

Facilitating Observation of Features Difficult to Detect by Eye 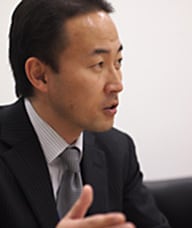 If objects with different reflectance are illuminated and observed together, small surface contours are often overlooked because of the way that darker regions appear blacked out to the eye while brighter regions stand out and appear white.

The DSX Series can combine multiple images captured with differing amounts of brightness to synthesize a single image with a brightness that makes it easy to see the results of the observation. In the case of components made of materials with a wide variation in reflectance, this makes it possible to produce a single image in which the features of the sample can be seen in detail. Detailed observations can also be made of phenomena that extend across different materials.

HDR can produce a crisp images at a single click, even from dark field and DIC images. 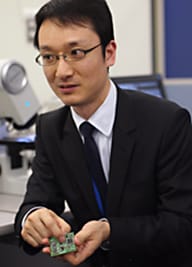 When viewing microscope images, panorama image capture is a useful way of eliminating the region outside the view field (regions not being viewed at the time the image is captured). With previous microscopes, it was possible for operators with a degree of skill to take a series of camera shots aimed at different areas of the sample and then use photo editing software to combine these into a single image.

The panorama function allows you to put together images using simple and intuitive finger or mouse operations.

With the DSX Series, however, producing high-resolution panorama images is much easier because both stage movement and image synthesis are fully automatic. In applications such as confirming the reliability of micromanufacturing processes, for example, it is necessary to perform comparisons across the entire component with a high degree of precision. In cases like this, the panorama function of the DSX Series can be used to acquire a bird's eye view of the entire sample at high resolution.

Direct View of Samples with an Uneven Surface

3D imaging for observing samples as they really are

A feature of microscopes able to enlarge a particular region is that the view field becomes smaller, as does the range of the in-focus region (depth of field). This effect becomes more pronounced the higher the magnification.

When viewing samples with an uneven surface (meaning there is a wide variation in the depth of field), the DSX Series can build up a single in-focus image by focusing separately on each part of the uneven surface. By also collecting depth information during the focusing process, the DSX Series can synthesize a 3D image that can be rotated to view the sample from different angles.

This function is useful for tasks such as checking whether miniature layered design features have been formed correctly, or viewing any impurities stuck to the sample in 3D to help identify what the impurities are or how they have adhered. As this function can also be used with panorama images, stereoscopic images of wide areas can be produced with high resolution.

While microscopes require high levels of observation performance and convenience, their operation has become increasingly complex. The DSX Series combines optics with digital technology and has been designed for intuitive operation (including features such as a touch panel) so users engaged in research or other measurement tasks find the microscope simple to operate on their own, regardless of their level of familiarity. This frees them to concentrate more closely on the actual observations. For the future, Olympus intends to continue coming up with new value that users will find convenient, even if this means dispensing with convention.