Global trends in the number of cancer patients 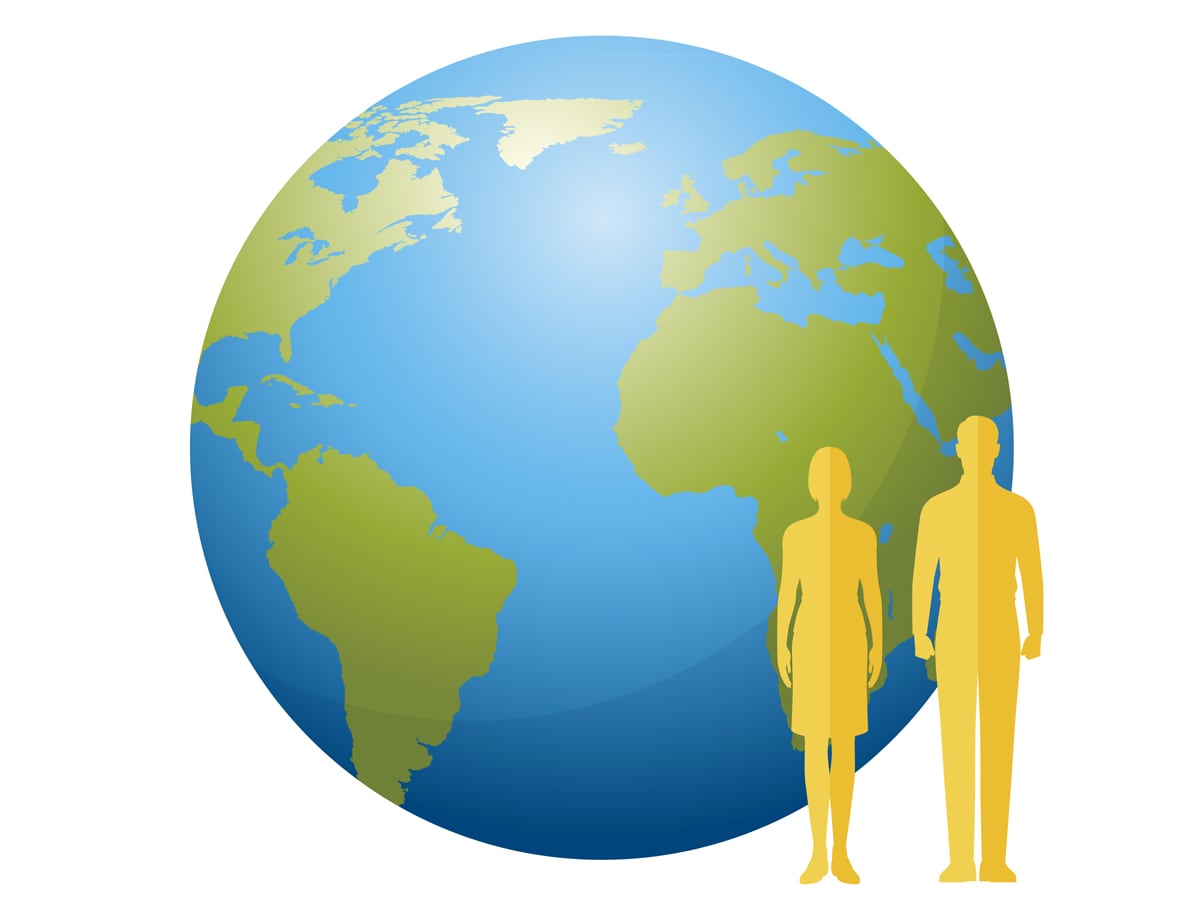 1. Numbers of cancer patients and cancer deaths are increasing globally

In recent years, the numbers of cancer patients and cancer deaths have been increasing globally. The International Agency for Research on Cancer (IARC), which is an external research agency of the World Health Organization (WHO), keeps statistics on cancer cases and cancer deaths in 185 countries throughout the world, and according to these statistics, the number of new cancer cases was estimated to be 18.1 million in 2018 and the number of cancer deaths was estimated at 9.6 million, showing big increases from the estimates for 2002, 2008, and 2012. 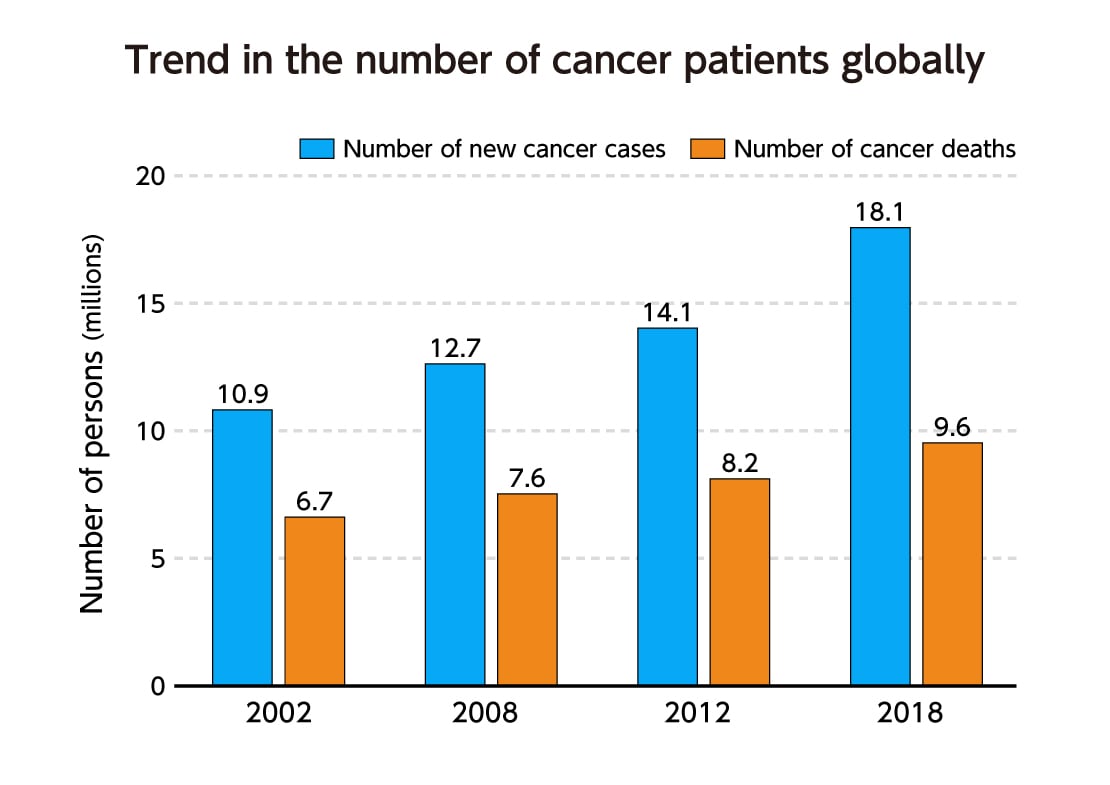 2. What kinds of cancer are increasing?

Comparisons between 2002 and 2018 show that new cases of lung cancer, breast cancer, and colorectal cancer, among others, are all increasing in number.
However, there are some regions in which lung cancer, stomach cancer, and colorectal cancer are showing tendencies toward decrease. The factors that are thought to have contributed to the decrease in the numbers of patients in specific regions were smoking cessation in the case of lung cancer and improvements in the hygienic environment and reductions in the amount of salt used in preserving food products in the case of stomach cancer. Moreover, in regions where colorectal cancer has decreased, the reason behind the decline is thought to be the discovery and early resection of precancerous tissue known as polyps through proactive examinations. 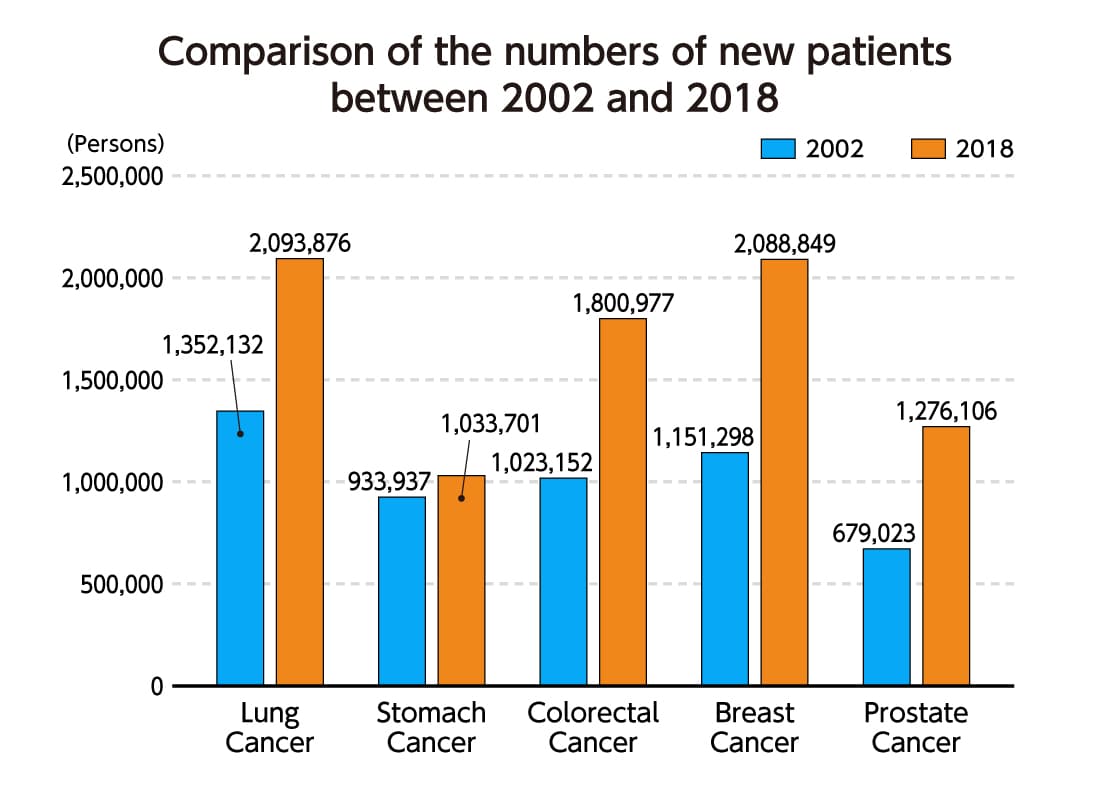 3. Cancers where the possibility of cure is high with early detection

Colorectal cancer and stomach cancer are among a number of cancers for which the possibility of cure is high with early detection.
For example, fecal occult blood tests and endoscopy have been cited as methods of early detection for colorectal cancer. If colorectal cancer is discovered early, resection can be performed while confirming the cancer with an endoscope in many cases, making it possible to treat the cancer with a low burden to the body (low invasiveness). In the case of stomach cancer, X-ray exams and endoscopy are used, and in Japan and other countries, attempts are made to discover cancer early on with these methods.