1. Stomach cancer is common in the Eastern Asian region

The number of new cases of stomach cancer worldwide was estimated at 1.03 million in 2018. The prevalence of stomach cancer is tending to decrease globally, but it differs greatly by region. In particular, the percentage of people who develop stomach cancer is known to be high in Eastern Asia compared to other regions. A variety of risk factors for stomach cancer, such as smoking and diet (excessive consumption of salt), have been pointed out, but infection with a kind of bacteria called Helicobacter pylori is considered important as the main risk factor. 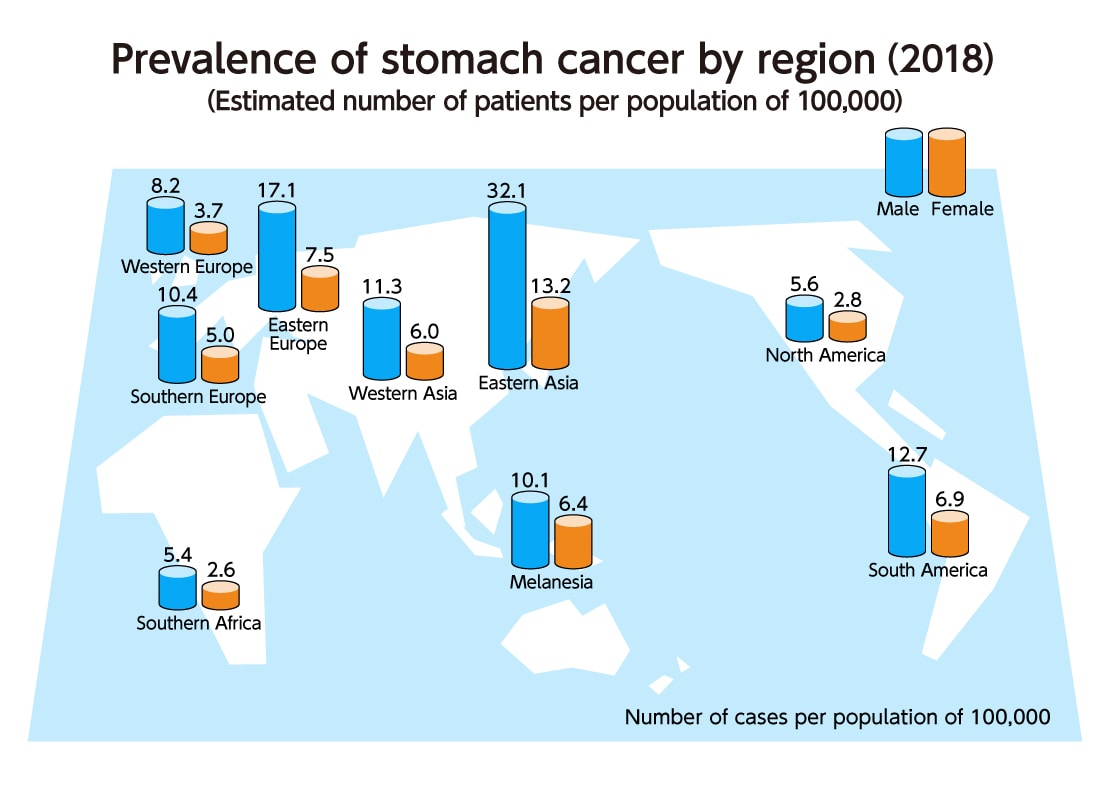 2. The prevalence of stomach cancer increases with age

According to Japanese statistics, the number of cases of stomach cancer is known to increase with age. In particular, since the prevalence increases among people aged 50 or older, early detection in middle-aged and elderly persons is an important challenge. 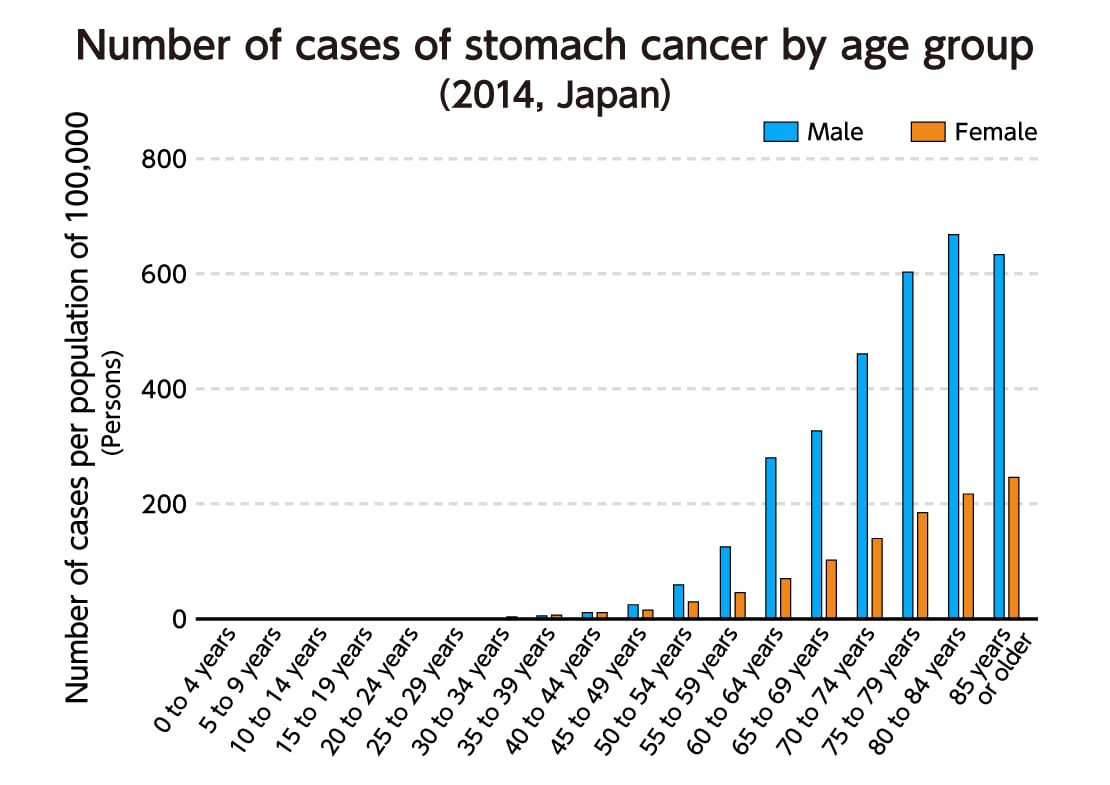