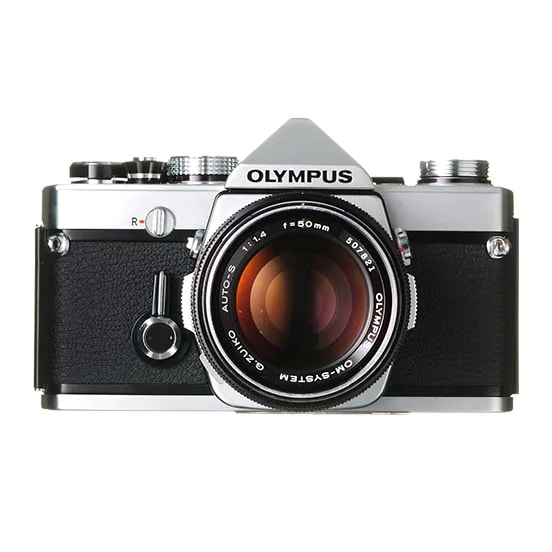 Introduced in 1972, the OM-1 was the first product in the OM Series. It earned wide acclaim as the world's smallest and lightest 35mm single-lens reflex camera. The ribbons in the cloth curtain shutter were replaced with strings, and the camera was equipped with an air damper to absorb the shock of mirror movement. The condenser was eliminated, and a pentaprism with a curved lower surface was used. Olympus employed a wide range of innovative ideas to reduce body size and the noise and shock caused by shutter operation. Shutter durability was also improved, resulting in a system capable of withstanding 100,000 operations. The finder screen could be replaced from the lens mount side. The OM-1 initially went on sale as the M-1. However, the product created such an impact that Leica asked Olympus to change the name. Olympus improved and developed a wide range of technology in preparation for the production of the OM-1, including rust prevention technology for the steel materials used to reduce weight, pentaprism processing technology, and heat treatment and surface processing technologies to maximize durability.