The importance of early detection in esophageal cancer

1. Trend of esophageal cancer (Relevance between sex and age)

Esophageal cancer becomes more prevalent with age (>55) and is more common among men than women; approximately 70% of cases worldwide are reported in men, and the incidence rate of esophageal cancer among men is 2‐fold to 3‐fold that among women.

2. How to detect cancer – main screening methods for esophageal cancer

For the detection of esophageal cancer, generally, upper gastrointestinal endoscopy, which can directly observe the esophageal mucosa, is used. A Barium swallow test, which involves xray imaging of the stomach using a contrast medium (barium), is often used for detection when the patients present with symptoms involving problems with swallowing, as this test can show abnormal surfaces on the normally smooth surface of the inner lining, or the inner side/inner wall, of the esophagus. The cancer is also detected incidentally during stomach radiography and gastroscopy.

※ The screening systems and methods vary between countries and within regions. 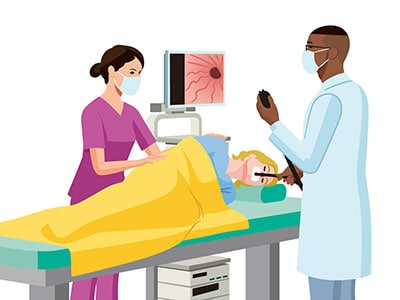 Survival rates of people with early stages of esophageal cancer are higher, implying that early detection improves survival. Because the chance of early detection is increased recently, the 5-year survival of early-detected and progressed cases of esophageal cancer has increased in the United States from 5% in 1970s to approximately 20% now. This number significantly increases to 45% if only early-detected cases are considered, which highlights the relevance of early detection. 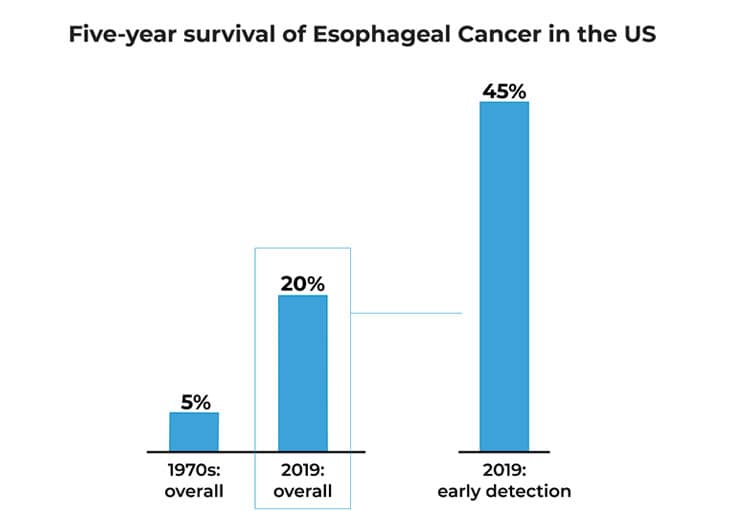