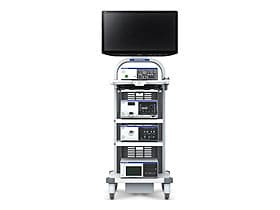 Olympus Corporation (President: Hiroyuki Sasa) today announced the launch from the end of March 2017 in Japan, Europe and parts of Asia of the VISERA ELITE II, a surgical endoscope system with an infra-red (IR) imaging capability.