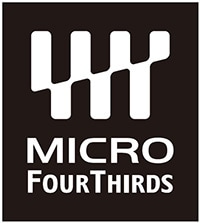 As the driving force behind 8K imaging technology and a product developer, Sharp Corporation now supports the Micro Four Thirds standard. In the future, Sharp will add Micro Four Thirds products to their line-up. The possibilities unique to a joint standard will expand the enjoyment of imaging further.