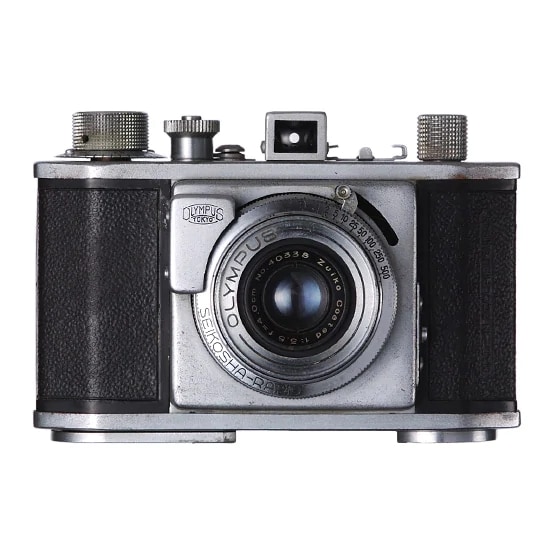 Released in 1948, the Olympus 35 I was the first 35mm camera sold in the Japanese market. Olympus developed the camera to meet two key requirements. First, it had to be compact and light. Second, it had to support rapid shooting. The speed with which users could wind the film, charge (the shutter) and push the shutter earned the 35I the nickname "pickpocket camera" because it took pictures as quickly as pickpockets took valuables from their victims. This capacity for rapid shooting made the Olympus 35I extremely popular. When it first went on sale, it was designed for a 24x32mm image size. This was subsequently modified to the present 24x36mm size, which is suitable for slide mounting. The Olympus 35 I was priced at 10,600 JPY. The series continued to evolve, culminating in the Olympus 35V.