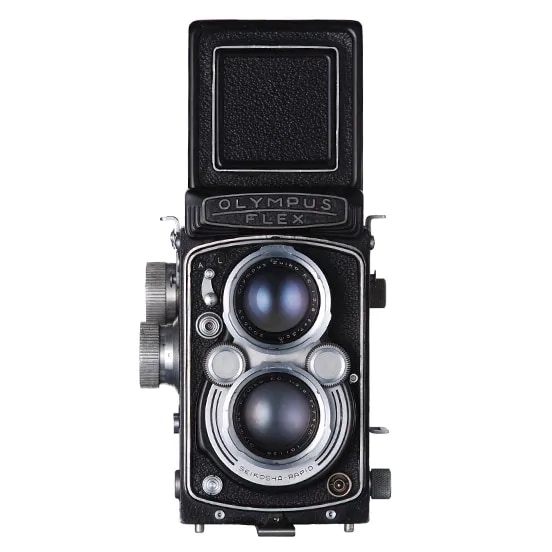 Launched in 1952, the Olympus Flex I was the first twin-lens reflex camera manufactured by Olympus. It was developed in response to a sudden rise in the popularity of twin-lens reflex cameras in postwar Japan. Though Olympus modeled the Flex I on the Rollei Flex, it targeted an even higher level of performance, and the camera incorporated numerous unique Olympus features. A typical starting wage at this time was 7,000 JPY a month, so the 47,000 JPY price tag was equivalent to over six months' income for an average worker.