From the beginning to the future of endoscopes

Endoscope-like instruments began as early as the BC era

Endoscope, an instrument that allows us to peek inside of the human body, was used as early as the ancient Greek and Roman periods. An instrument considered a prototype of endoscopes was evidenced and discovered in the ruins of Pompeii.

It was Philip Bozzini who in 1805 made the first attempt to observe the living human body directly through a tube he created known as a Lichtleiter (light guiding instrument) to examine the urinary tract, rectum and pharynx. In 1853, Antoine Jean Desormeaux of France developed an instrument specially designed to examine the urinary tract and the bladder. He named it "endoscope," and it was the first time this term was used in history. 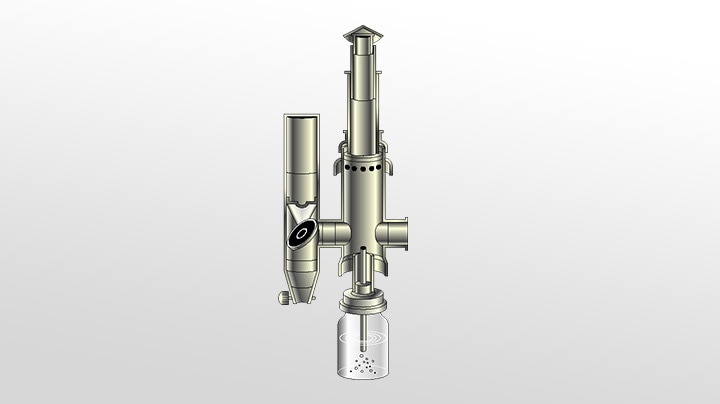 After a series of trials, Dr. Adolph Kussmaul of Germany succeeded in taking a look inside the stomach of a living human body for the first time in 1868. This was tested on a sword-swallower, who could to gulp down a straight, 47-centimeter long metal tube with a diameter of 13 millimeters. Ten years later, two doctors named Max Nitze and Josef Leiter invented a cystourethroscope and in 1881, Johann von Mikulicz and his associates created the first rigid gastroscope for practical applications. These gastroscopes were not flexible at all, but finally in 1932, Dr. Rudolph Schindler invented a flexible gastroscope, -- a modified version of the earlier ones-- that allowed examinations even while the tube is bent. This tube was 75 centimeters in length and 11 millimeters in diameter. About 1/3 of the entire length of the tube toward the tip could bend to a certain degree. Rudolph Schindler examined the inside of a stomach through numerous lenses positioned throughout the tube with a miniature light bulb.

Now, let's take a look at the evolution of endoscopic development. 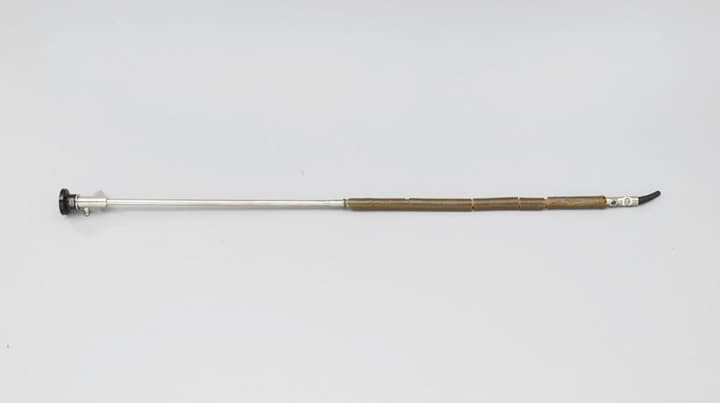 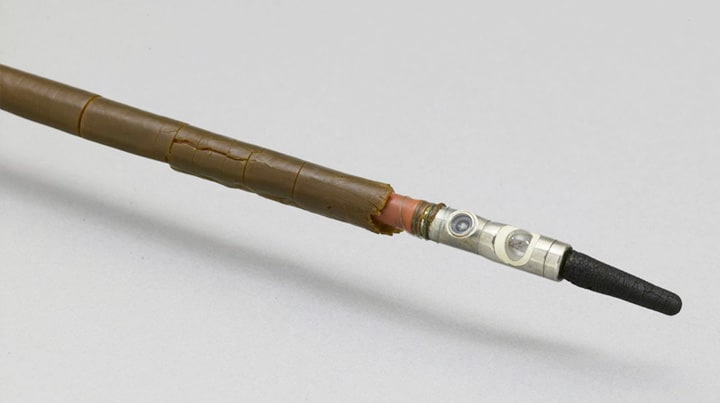 Detail of its tip with an light bulb attached