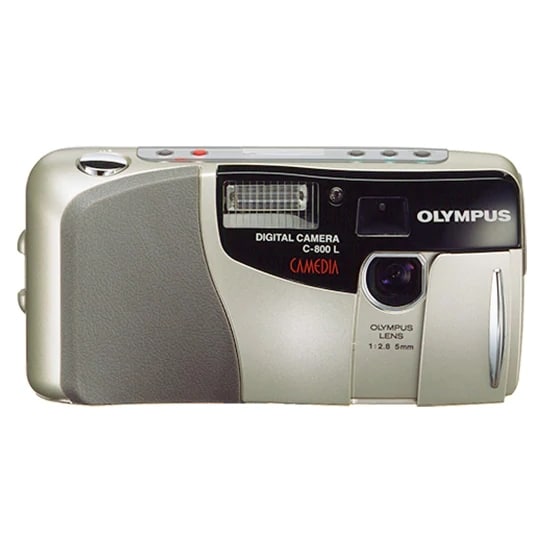 Launched in 1996, the CAMEDIA C-800L was the first of the CAMEDIA line. At a time when digital cameras tended to be priced at around 10,000 JPY per 10,000 pixels, Olympus set a new standard by offering a camera with 810,000 pixel resolution for just 128,000 JPY. The C-800L provided superb image quality and yet was as easy to use as a compact camera. It earned excellent reviews in camera magazines and became a major hit product. Olympus launched other in the series, up to the C-860L, with enhancements that included the use of Smart Media cards instead of built-in flash memory, and the improvement of resolution from 810,000 pixels to 1.31 megapixels.