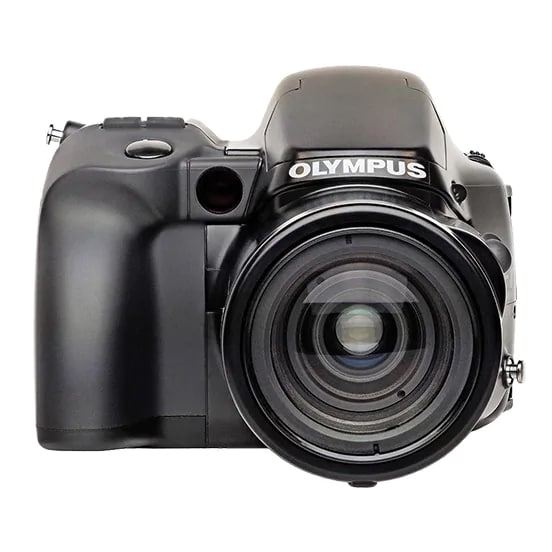 Launched in 1990 as the first L-Series camera, the L-1 featured a high-performance 4x zoom lens based on ED lens technology. The L-shaped body had a unique layout. As the film advanced, it was wound into a box located in the rear lid. To eliminate camera movement, the grip was positioned to provide optimal balance and stability in the hand. The L-shaped body created many challenges for the designers, including the development of a film winding mechanism that would ensure reliable loading and reduce winding stress on the film, and much effort was required before the system could be perfected. With further enhancements, the L-1 subsequently evolved into the L-2.