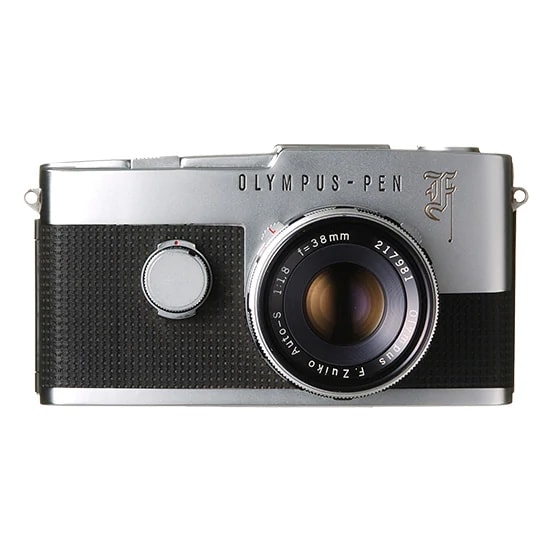 The Olympus Pen F was the world's first and only half-frame system single-lens reflex camera, released in1963. The camera featured a porro-prism finder and was the first to have a rotary titanium shutter. It could be used with a highly versatile range of 20 exchangeable lenses. The Olympus Pen F was a revolutionary camera packed with innovative features. The rotary shutter, which combined speed with durability, was reportedly perfected only after long and hard effort by Olympus engineers.