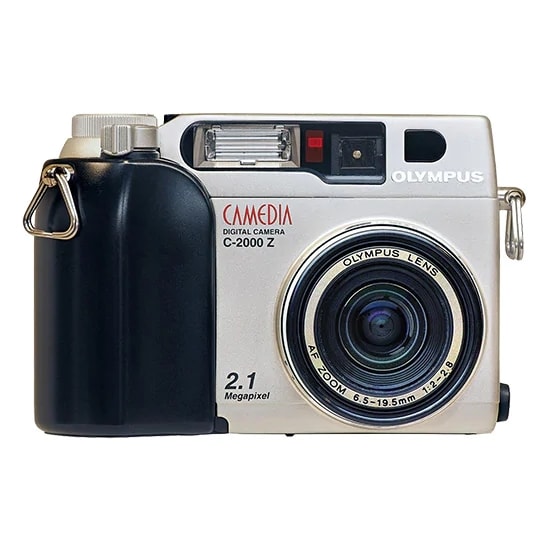 Introduced in 1999, the CAMEDIA C-2000 ZOOM was a high-end compact digital camera. It was equipped with an F2.0 large-aperture high-performance 3x zoom lens and a 2.11-megapixel high-resolution CCD. Olympus used knowledge gained through the development of numerous conventional film cameras to create a high-quality compact digital camera with the performance and functions needed to create images that would faithfully reflect the photographer's intentions. The series evolved through the 3030 and 4040 models, which had higher CCD resolutions, and the 5060 and 8080 models, which were equipped with wide-angle zoom lenses.