Established in 2014, the CSR China Education Award was jointly initiated by several industrial organizations under the guidance of the government. It is the only CSR award in China’s education field, which encourages and honors outstanding CSR projects as well as enterprises, organizations and individuals that contribute to the development of education in China. This double-honor shows that Olympus’ achievements and efforts in supporting the development of education in China have been recognized by the industry, which will encourage Olympus to further promote CSR development.
As one of the representative activities for public good in the field of health education, Olympus Stomach Care Month has been going on for ten years. Since 2010, Olympus has designated October as the Stomach Care Month and actively promote the concept of early detection, early diagnosis, and early treatment. While carrying out activities for public good, Olympus keeps digging into the theme and innovating the model, in a bid to bring new experience to participants every year.

In the future, Olympus will firmly uphold a strong sense of social responsibility, actively implement Our Purpose of "Making people's lives healthier, safer and more fulfilling" and Our Core Values and continue to contribute to public good in the field of CSR to create more value for society. 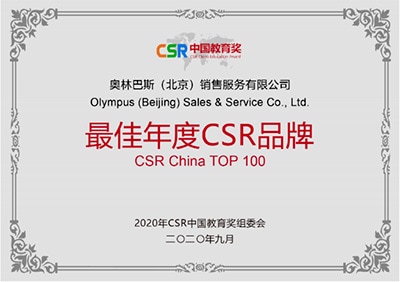 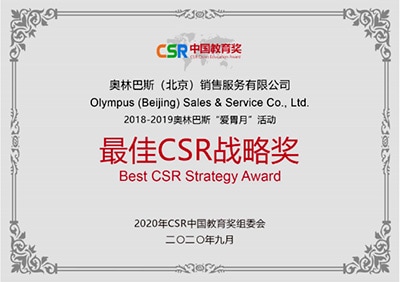 Information posted on this site is current and accurate only at the time of their original publication date, and may now be outdated or inaccurate.