I was a wastrel son, and I never expected my photographic hobby to become a career in cameras. 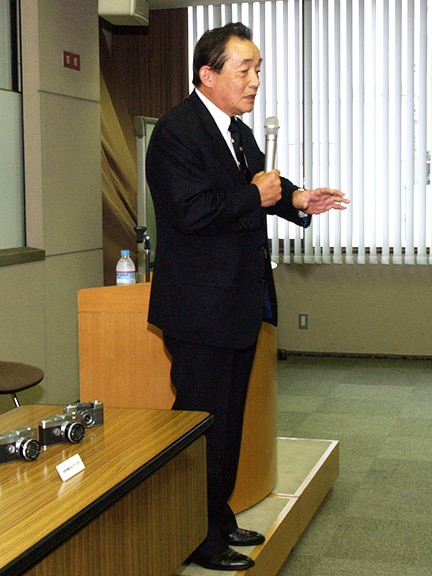 My philosophy has its roots in the code by which I lived when young. On a personal note, I'd like to speak briefly about the source of my philosophy.

I was a wastrel son with a keen interest in photography. My family had a soy sauce manufacturing business in Shikoku. There was a Leica IIIf in the house, which I took out and used without asking. From the second half of my middle school years and all through high school, I could think of nothing else but photography. One of my school teachers introduced me to a photography club, which I joined. There were only six of us, a group of wastrel sons. We had five Leica IIIf cameras and one Rolleiflex. At that time a Leica IIIf cost about 190,000 yen, while the average monthly salary for a government employee in those days was around 7,000 yen. Though we were all wastrel sons, we had advanced skills, and at least one of us was mentioned each month in camera magazines. We used 100mm lenses to take long-distance shots and 28mm lenses for extreme close-up photography. We even won prizes!

Though I loved photography, I had no intention of making it my career. It was difficult and demanding work, and I doubted whether I could make a living through photography, so I considered other careers. I saw photography as nothing more than a hobby that I could enjoy. There were no precision engineering courses at Waseda University, where I was studying, so I chose automotive engineering. I did basic research into engines, specifically what are now known as turbo-engines. It should have been plain sailing, but I spent all my time taking photographs and wondering if I was on the right track. It was at that time that Eiichi Sakurai, creator of the first Olympus camera, happened to discover a camera patent that I had filed while still at school. "Come and work for us," he insisted. In those days a student who refused to work for the first company to offer him a job was regarded as a disgrace to his university. I had received a job offer from an automobile manufacturer, but I pretended that I hadn't and so went to work for Olympus instead.

How did my great love of photography lead to a career in camera design? What prompted me was the fact that the Leica IIIf was far from being a good all-round camera. It was not suitable for photographing flowers. Though the Leica was good for a certain range of photography, it was certainly not an all-round camera. When I found a type of subject that I couldn't shoot, I started to search for a camera that I could use. And when I couldn't find one, I decided that the only solution was to build one myself. However, the Leica was too expensive to play with, so I bought six or seven old-style micro-cameras and began to modify them.

After two years of practical training in the factory, I begin to design cameras.

Even after joining Olympus, my goal was still to take photographs. It was also fun to polish cameras and look at them. My most basic motivation was my desire to take good photographs. If I could find a camera that helped me to get the perfect shot, I would buy it, and if I couldn't, I'd make it. Years later I realized that my decision to join Olympus was the right choice for someone like me!

In my early days with Olympus, I must have seemed very conceited for someone who had only just joined the company. Because I'd won prizes, I saw myself as a professional, but as a camera designer I was a complete amateur. More experienced people looked at my drawings and just groaned. I had drawn blueprints at university, but I didn't really know how difficult it was. 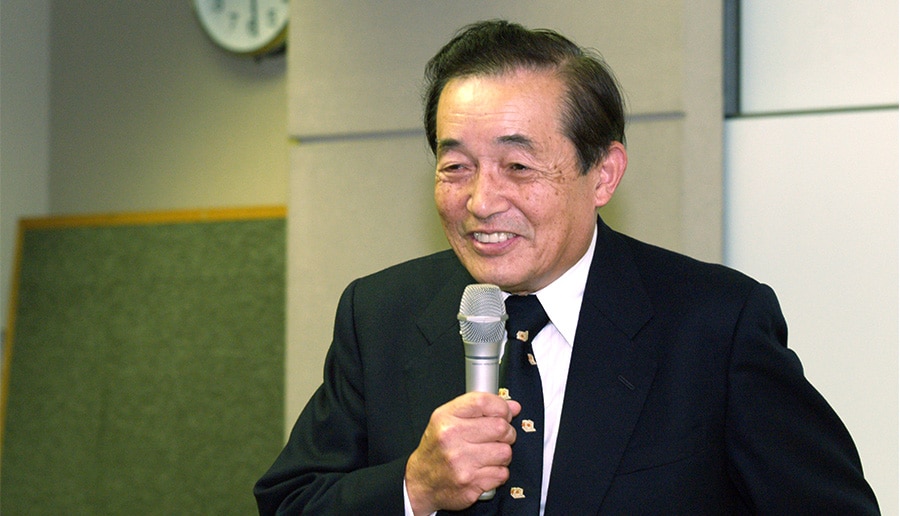 They sent me to the factory for two years of practical training. During that time I was rotated to different areas of the factory every six months, and after two years I returned to the design department. However, my senior colleagues were all too busy to spend time looking after this new employee who had just been sent back to work with them, so they decided to give me difficult tasks that I could study by myself. "Try designing something," they told me.

After thinking about the work in my own way, I became aware of a problem. At that time the cheapest Olympus camera cost around 23,000 yen, but that was one and a half months' salary for a new employee. Cameras were too expensive. I decided to create a camera that would cost no more than half a month's salary, which in my case meant 6,000 yen. My supervisors supported this idea. Even today, when camera prices are discounted everywhere, something offered at half-price would be viewed with suspicion - people would worry that there was something wrong with it. So what would people think if we reduced the price to one-quarter? Surely that would seem impossible. My supervisors agreed to go ahead with my 6,000 yen idea. I had put my head on the line.

Our efforts to emulate the photographic quality and lens performance of the Leica led to the creation of the D-Zuiko.

I always used my Leica for photographs to submit to photo contests. Yet, I was curious to see how well the camera I designed can take pictures. I took many pictures with the camera, and compared the results with the ones I took with the Leica. Perhaps it was because I was more relaxed when using the camera that I'd designed, and more strained to take a good picture with the Leica, there were lots of good photos taken by the camera of my design. After processing and enlarging shots taken with the Leica and with the camera that I'd designed, I would be angry when the images from my own camera weren't as sharply focused as those from the Leica. I wanted the quality of the photographs to be at least equal. 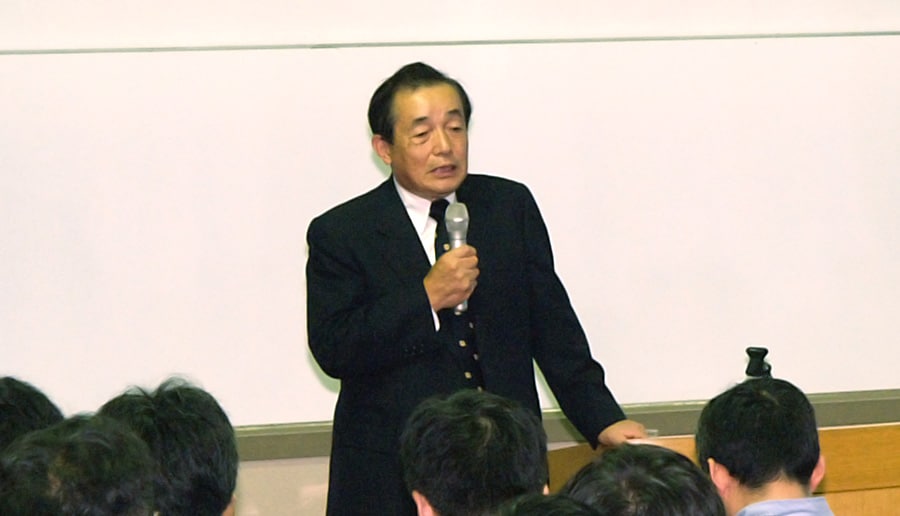 I wanted to emulate the Tessar type lens in the Leica camera. Because a half-size camera has a small image plane, enlargement ratios need to be proportionately greater, which obviously puts greater demands on the lens. We needed to create a lens as good as the Leica's Tessar type lens.

Olympus already had its own lens design department at this time, so I sought their assistance. I told them I needed a lens of the best quality, one that would be equal to the Leica's Tessar type lens. The person in charge of lens design told me that this was the first time he had received such a request. He said that they were usually asked to cut costs by a certain amount, or to create the best possible lens within a certain price range. I had said nothing about the price. I simply asked them to make a lens as good as the Leica lens. The lens designers were delighted to take up this challenge, and the result was the legendary D-Zuiko. They created a really wonderful lens for me.

However, there was no way that a 6,000 yen camera could compete with a 200,000 yen Leica. I'd spent so much on the lens that there was no money left. My supervisors were concerned about the cost of the lens, but no-one blamed me. After all, it was a training project, and while they sympathized, they didn't really care what happened! We had created the ideal lens, but we couldn't spend any more money on the camera.

next:
After breaking through the technology barrier, you run into the barrier of accepted wisdom.

back:
Olympus has a tradition of lens technology dating back to its beginnings as a microscope manufacturer.