Our mission is to create cameras that combine the ability to take great photographs with compactness, ease of use and affordability.
As we move toward this ideal, we encounter obstacles.
One of those obstacles is the technology barrier, which relates to materials, mechanisms and other aspects. The other is the barrier of accepted wisdom, to which there are no exceptions. Only by breaking through these two barriers can we turn our innovative ideas and dreams into reality.
The designer of the Olympus Pen half-size camera, one of the most successful cameras of all time, talks about his approach and attitudes, from his philosophy of development to the creation of new products.

From a seminar presented at the JCII Camera Museum on Saturday, October 29, 2005
The Olympus Story — From the Semi-Olympus I to the Pen and Pen F Series 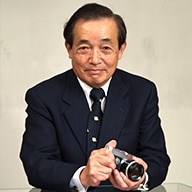 Olympus has a tradition of lens technology dating back to its beginnings as a microscope manufacturer.

Thank you for coming here today. The JCII Camera Museum is currently staging an Olympus exhibition, and I thank everyone concerned and acknowledge the considerable effort that has gone into preparing for this exhibition.

One of the things that I've noticed looking at the Museum's exhibits about different manufacturers is that each manufacturer has its own color. I'm sure that Olympus also has its color, too. Yet even though I was involved in designing Olympus cameras, no-one instructed or ordered me to use a particular color. The color just seemed to emerge from somewhere. Perhaps my color became the color of Olympus, but I believe that there is an Olympus color.

My involvement in camera design lasted around 20 years, from the Olympus Pen in 1959 to the XA Series in 1979. The theme for this program is the history of Olympus, and today I'd like to speak about the period from the early beginnings of Olympus cameras until the development of the Pen F as the last product in the Pen Series. In the next session I'll cover the period between the OM Series and the XA Series. 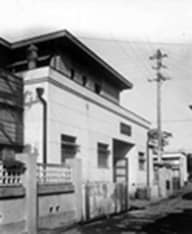 Olympus began to manufacture microscopes in the 1920s under the name Takachiho Seisakusho. I wasn't around in the 1920s, but I've heard that the founder of Olympus had made a fortune trading sugar and decided to use that money to start up a microscope manufacturing business in Japan. I'm told that he faced a difficult struggle, since at that time Japan had no tradition of microscope manufacturing and lacked the necessary technology. Apparently they began by creating products that looked like microscopes and learned the technology from scientists working at the University of Tokyo. 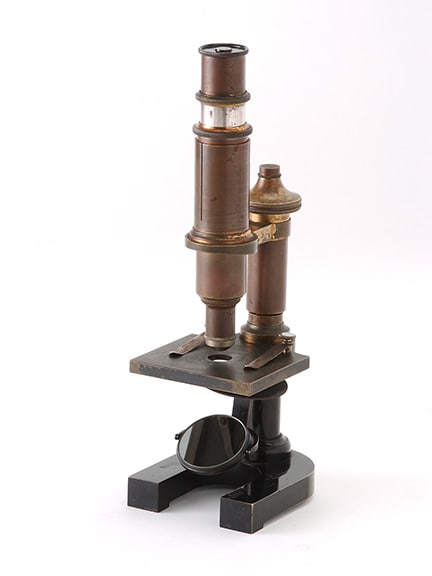 The first Olympus microscope — The Asahi

In 1920, Olympus launched its first microscopes, one of which was actually used by the Emperor. The company then began to consider expansion and diversification. Because of its beginnings as a microscope manufacturer, Olympus had become specialized in the production of lenses and was looking for another lens-based product. What they chose was cameras. As with microscopes, they started to develop a camera by first designing the lens. I have the greatest admiration for these pioneers, for the lens is the soul of the camera.

Your dreams and philosophy determine the products you choose to make.

In the late 1920s they also began to develop shutters. However, you can't make a camera from just a lens and a shutter. Olympus was a microscope manufacturer, and so they needed someone who knew about cameras. Again they turned to the University of Tokyo Research Institute for assistance and were introduced to Eiichi Sakurai. Then a student at the university, Sakurai had a keen interest in photography. After recruiting him, the company was at last ready to start designing cameras. 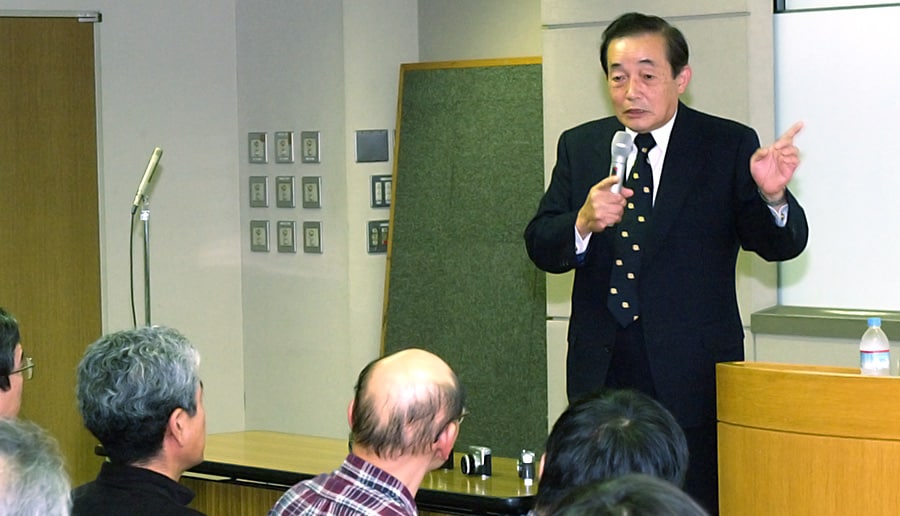 Eiichi Sakurai joined Olympus in 1935, and this marked the beginning of Olympus cameras. His profound understanding of cameras allowed Olympus to bring a variety of new products to the market. Manufacturing is a complex business: you need to invest around a billion yen in facilities and equipment just to make one simple camera. For a camera like the OM, the cost is almost 10 billion yen, so there are always debates and problems.

I was eventually able to get my own way and develop the OM SLR camera. We also created compact SLR cameras, which sold worldwide. You might think that everything was smooth sailing for me, but there were mountains to climb and chasms to cross. Somehow I found a way through, and as a result we were able to create these products.

Deciding which products to make is the same as deciding how to live your life. What matters most is your vision. You must have a vision, a dream, a philosophy, for the course of your future will change depending on whether or not you have a vision. You can't simply drift through life nonchalantly; the first step is to decide what you want to do with the rest of your life. Even after you've made that decision, the rest of the world is unlikely to move according to your plans.

This much is clear if you think about Japan's prime minister, Junichiro Koizumi. Eventually you will run into opposition or obstacles. There is a best-selling book called Baka no Kabe (Idiot Barrier). I believe there are two barriers: the technology barrier and the barrier of accepted wisdom. You can't achieve anything until you break through both of these barriers. It may seem strange for a designer to talk about these two barriers, but I will do my best.

next:
I was a wastrel son, and I never expected my photographic hobbyto become a career in cameras.