The XA was designed to match the preferences of male and female users.

Today anyone can take a photograph simply by pushing a button, but back then such a comment would have been greeted with anger. The ease with which we can take photographs is the result of relentless efforts by engineers throughout the world to apply complex technology to the task of automating camera functions. In the early days, you had to study photography so that you could set the shutter aperture and choose the right type of film. Before you could take a picture, you had to consult tables of standard exposure settings for the different seasons and day and night conditions. Photography required considerable study, and for this reason camera users were mostly males.

When the Pen era started, 98 percent of camera purchasers were males and only 2 percent were females. After the introduction of the Pen EE, the percentage of female buyers surged to 33 percent, yet most camera owners were still males. While there are exceptions, in general males are interested in mechanical things. They like gadgets. So camera designers had to create cameras with lots of mechanical features. This was the era in which I was trying to create a caseless camera, one with no mechanical features visible on its exterior. However, it was the cameras with the mechanical features that sold well. This was the barrier of accepted wisdom. 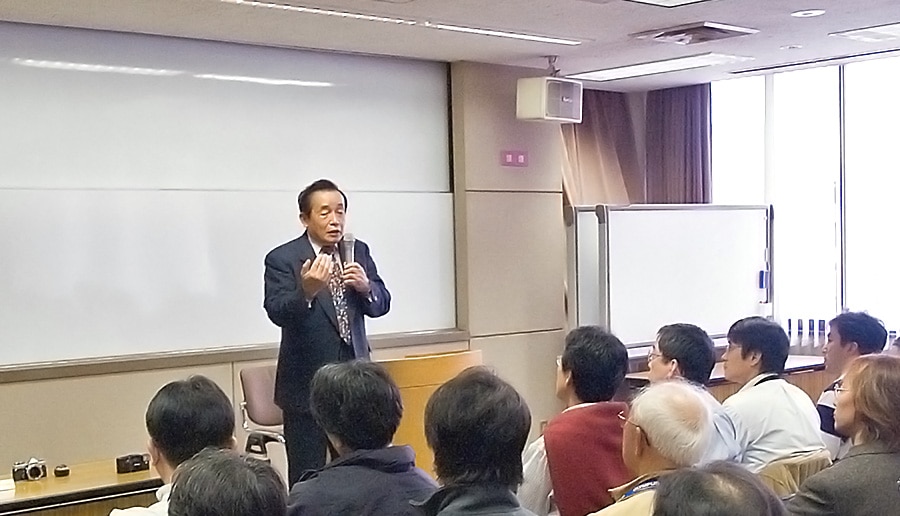 I thought about the problem. Though the camera would be capless, that didn't mean there was no cap. I decided to make the camera capless and caseless by providing a barrier that would slide across the lens horizontally. If I made the caseless feature the starting point for the design, the result would be a camera that didn't look like a camera. The same was true of the capless concept. I was trying to create a camera that would appeal to males, but I was also trying to break through that barrier. I decided to make the camera look like a camera when the slide was open, even if it looked less camera-like with the slide closed. Males would like the camera with the slide open, females with it closed. This interesting concept became reality with the XA. I am talking from a design perspective here. The main concept for the XA was that users should be able to take it with them everywhere so that they were always ready to seize photographic opportunities.

The XA was the first camera to win a Good Design Award, thanks to the appeal of its capless design. 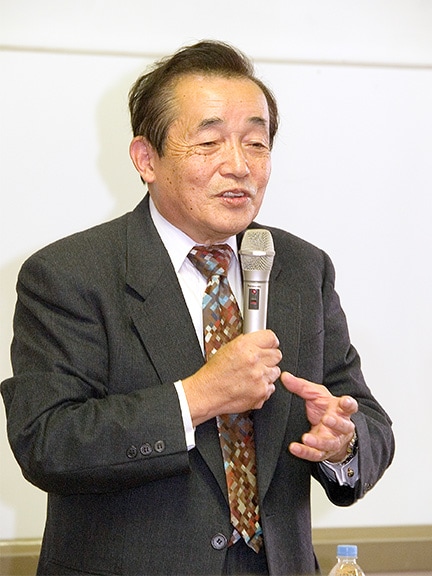 The key concept of Sony's Walkman audio system was to enjoy music outdoors, in contrast with the perception of music as something to be enjoyed indoors. It first appeared on the market around the same time as the XA. The concept was also similar. Both products were designed to be taken everywhere, one to provide audio, the other to record images.

The XA became the first camera to win a Good Design Grand Prize. As you may know, the Good Design Grand Awards are sponsored by the Japan Industrial Design Promotion Organization. There are tens of thousands of applications every year, from which around one thousand products are selected for Good Design Awards. Awards have been given for large items, such as buildings and vehicles, and for small items, ranging from fountain pens to household products. The best of these receive prestigious Good Design Grand Prizes, and the XA was the first camera to earn this distinction. The path to this achievement was a difficult one in many ways. There were many problems at the planning stage, and at the manufacturing stage.

One of those problems related to the use of plastic. There was intense interest in plastic at that time, but if you made a product from plastic it looked cheap. I am an engineer, but I also know a little about design, and I wanted to use plastic in a way that exploited the characteristics of the material without making the camera look cheap. So we used plastic for the cover that replaced the cap.

My history is part of the history of Olympus. Since its early beginnings, Olympus has had a corporate culture characterized by the creation of innovative products. However, I have not inherited Olympus DNA; nor have I been taught about this culture. I never studied it. I simply love to take photographs, and if I needed something for that purpose, I would do my utmost to create it. 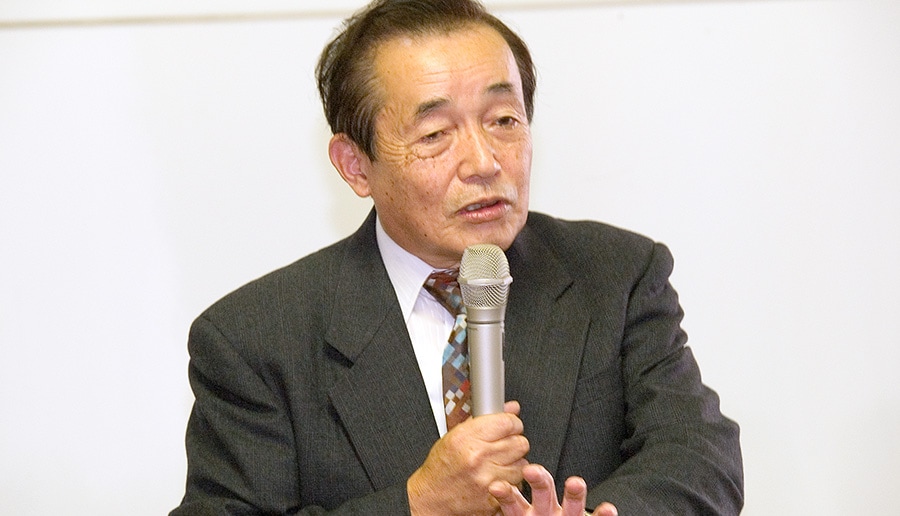 Yet when I think about it, perhaps I am an Olympus person. Many of the cameras that I have developed have been unique Olympus-style products. And there's a reason for that. I was simply trying to make things that you couldn't buy anywhere.

I love cameras, and I have willfully proclaimed my determination to create cameras that have never existed before. Yet when I think about it now, it seems to be that everything was in the hand of Olympus. I'm sure that Olympus will continue to create unique cameras, and that those who love Olympus cameras will remain loyal users. Olympus cameras are a little unusual, but I hope that you will continue to understand and support those cameras.

back:
Sifting through 100 ideas while breaking through the barrier of accepted wisdom.