Takeshi Yamashita founded the company that would become Olympus and built foundations for manufacturing microscopes, during the tumultuous times of this period that included social and economic events such as the Great Kanto Earthquake and World War II.

Yamashita's company worked relentlessly to accumulate technology and expand sales channels with the aim of manufacturing Japanese-made microscopes that could compete with imports. The challenges of this time are described in booklet "Kusetsu 13-nen" (13 years of unswerving efforts) which was written by founder Yamashita. With the development of the Showa GK microscope, the company finally broke through into the market for high-magnification oil-immersion microscopes, which was previously dominated by imported products.

The company achieved rapid growth, in part because of government policies designed to encourage the development of Japanese-made products. For example, in just one year it succeeded in creating the prototype for the MC metal microscope, which was comparable in quality to products manufactured by Reinhart, then considered to be the best in the world. It also succeeded in developing the Zuiko range of photographic lenses and began to diversify into other areas, including the manufacture of the first Olympus camera, the Semi-Olympus. 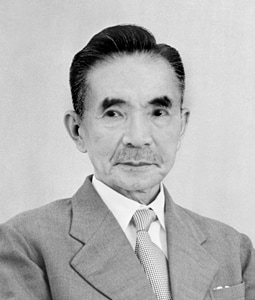 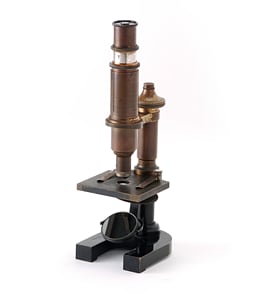 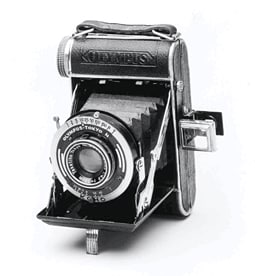 The first Olympus camera, the Semi-Olympus I