Until 1993, the Aomori Plant (present Aomori Olympus) was an assembly plant with production lines only, and the plant offered limited scope for increased value-added, and its future looked somewhat bleak. It survived this crisis, though, and today it has been transformed into a plant with high-value-added capabilities.

This success emanated from the efforts of self-reliant workers, who combined a strong sense of responsibility toward manufacturing with the ability to think and act for themselves without fear of failure. These people were determined to create a high-value-added plant, and they have turned their ideas into reality.

From an Assembly Plant to Independent Production 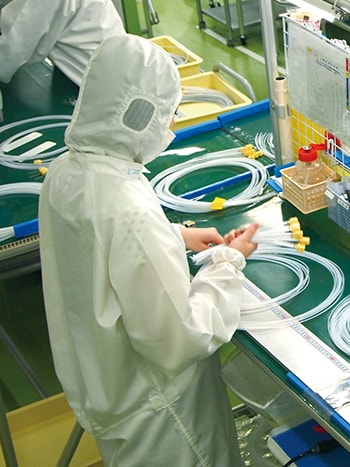 In 1993, it was decided that production of voice recorders would be transferred to an overseas plant, and it seemed inevitable that the Aomori Plant would be left unused and empty. If the plant were to survive, it would need help from the medical systems segment.

In 1994, Olympus initiated a project to transfer our medical systems business to the Aomori Plant. Work began on planning for the project, which was coordinated by the Aizu Plant (the present Aizu Olympus). The Aomori Plant had been positioned as an assembly plant with production lines only.

For a high value-added plant would need not only production operations, but also support functions, including personnel, administration, procurement and quality. Therefore, the important challenges of the Aomori Plant were not only finding manufacturable products, but also establishing these support functions.

The first step in the transformation of the Aomori Plant was a shift away from the passive perception that it was simply an assembly plant. Every worker of the Aomori Plant needed to be aware that the plant could not continue to exist in contemporary Japan unless they could build a sense of in-dependence and the courage to act positively and aggressively.

Initially the presence of the staff sent there from the Aizu Plant made the Aomori workers feel uneasy. This resulted partially from the fact that the Aizu staff had backgrounds in medical equipment production, while the Aomori staff were used to manufacturing consumer goods. As time went by, though, the Aomori workers were eventually won over by the enthusiasm of their Aizu counterparts, who explained their presence as support for the rebirth of the Aomori Plant.

For days, the two groups met face-to-face to discuss the way forward until both sides were finally satisfied. To gain the confidence of customers and secure their own positions, the workers would need to improve the potential of the plant. 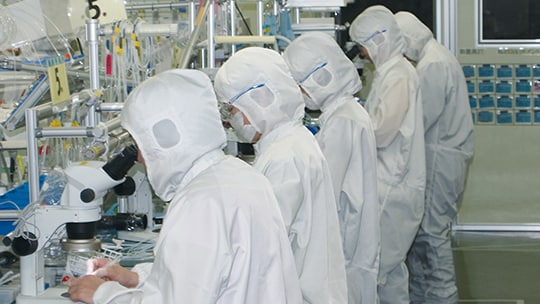 The Aomori Plant would have to generate its own value-added. It could not compete with overseas plants merely as an assembly plant. Olympus headquarters decided to devolve decision-making authority to the Aomori Plant on the grounds that staff at the plant possessed - or were expected to ac-quire-specialized skills and knowledge that were not available at other plants. With authority came responsibility, and a growing determination to fulfill that responsibility. Then, the forces that would transform the Aomori Plant had been set in motion.

Initially, structural improvement efforts were to focus primarily on lead times, and quality and costs would also be improved through this process. The success of the initiative would depend on the contribution from self-reliant workers, and the factors that would help to build self-reliance were decision-making authority and responsibility.

The first operations transferred to the Aomori Plant in 1995 were endoscope repairs and production of units, including bending rubbers, externally mounted endoscope cameras, and electrical connectors. Once they had been granted authority and responsibility and become self-reliant, the plant's staff began to explore user needs. They also launched their own initiatives relating to in-house component production and personal development.

Quality management and engineering staff from the plant began to visit hospitals in Aomori City once each month to learn about the circumstances under which their products were being used, and to ascertain user needs through direct dialog. They also participated in conferences and informal meetings, which served as forums for medical professionals' discussion on endotherapy and medical current trends and needs. Through these activities, they learned about current trends and progress in the field of endotherapy and gathered knowledge that would be useful in the development of new products.

Meanwhile, meetings with front-line sales personnel provided a way to gauge market trends and needs. Many medical practitioners and medical engineers have been invited to the Aomori Plant to tour the plant and observe the production of endotherapy devices. The aim of this initiative was to motivate workers by giving them opportunities to hear the ideas of medical professionals about their products.

These independent, user-focused activities have helped to build better communications with front-line medical professionals and led to a more detailed understanding of user needs.

2: In-House Component Production
Bending rubbers are endoscope distal end components. The staff at the Aomori Plant were eventually able to develop the technology for various facets of integrated in-house production of these components, including mold design, the selection of materials and molding conditions, and mold maintenance. This allowed the plant staff to take responsibility for a number of elements of the process, including changes in the rubber materials used. Thanks to their endeavors, the Aomori Plant now has the infrastructure needed to produce high-quality components at low cost and with short lead times.
3: Personal Development

At any given time, several workers from the Aomori Plant are working with development staff at Hachioji Tokyo under a long-term rotation system. This system reflects the view that new employees need to experience development work. As a result, they learn about the basics of production and gain broader perspectives that allow them to express their views to the development staff with confidence.

By thinking and acting for themselves, the staff at the Aomori Plant were able to transform their facility into a high-value-added production site with self-reliant workers. Today Aomori stands on equal footing alongside Hinode, Aizu and Shirakawa as the main plants for the manufacture of endotherapy devices.

Like Aomori, Shirakawa Olympus, which had been established as the main plant for photocopiers in 1978, has been successfully transformed into a high-value-added plant manufacturing products for the medical systems business. 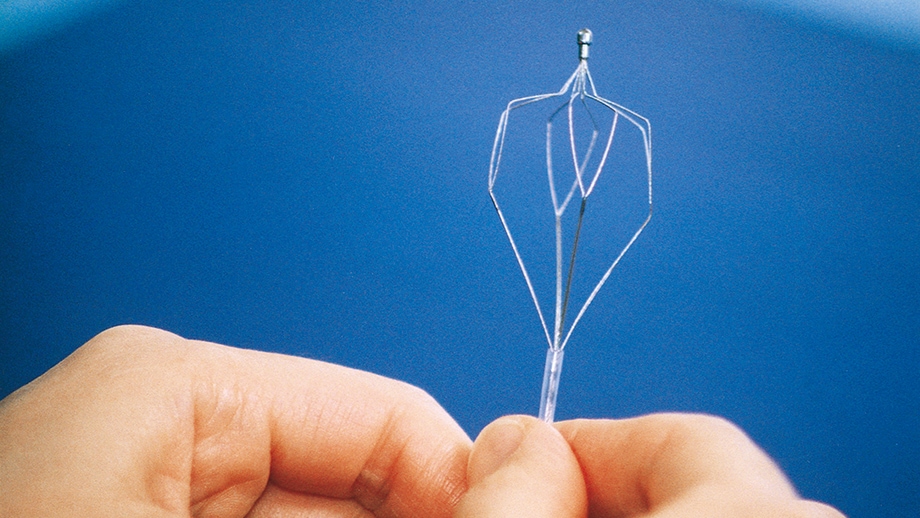