Released in 1986, the AF compact camera Olympus AF-1 known as "Nuretemo-Pikaso" (Wet Flash), in addition to being small and light weight, was the world's first weatherproof camera.

Olympus achieved the seemingly impossible and created a camera that was one step ahead of customer demands. The AF-1 was a hit. It also ushered in a new era and injected new energy into the production organization, which experienced the joy of creating technology. The waterproofing technology used in the AF-1 has become part of the Olympus heritage and has evolved into the technology behind today's waterproof cameras, which can take photographs underwater, and Olympus has established a reputation as a manufacturer of waterproof cameras. 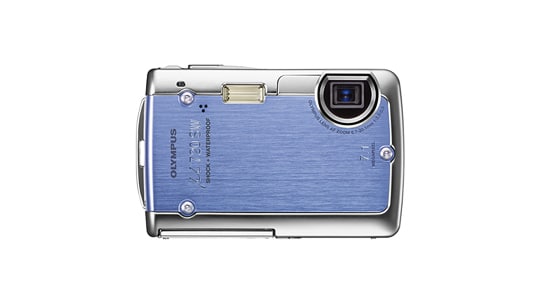 The Olympus µ -720SW was launched in 2006.
Olympus' first digital camera that can be used at depths of down to 3 meters.

Auto-focus cameras began dominating the market in the 1980s. The trend toward automation continued with the introduction of other features such as automatic winding and built-in flash systems. It was against this backdrop that Olympus introduced the AF-1, the world's first weatherproof compact camera, which became known as the "Nuretemo-Pikaso" (Wet Flash). The AF-1 swept the market and came to be known as a camera that could be used with confidence in any weather. The technology was subsequently used in the stylish µ Series and had evolved to a new stage in the waterproof digital camera µ 720SW, which can be used at depths of down to 3 meters.

As development of the AF-1 continued in the run-up to its launch in 1986, a new product launch briefing was held at the Olympus Group's main camera production facility, the Tatsuno Plant (present Nagano Olympus). The atmosphere at this briefing was tense. The development team leaders confidently explained the concept to the plant staff. They explained the need for a weatherproof camera and outlined the details of the technical challenges involved in providing this function. A low-cost, full-barrier, fully automatic, weatherproof camera. What they presented was a product concept based on an accurate understanding of user needs, and a design for turning that concept into reality. Known as "Nuretemo-Pikaso" (Wet Flash), the Olympus AF-1
was launched in 1986 as the world's first weatherproof fully automatic compact camera.

The AF-1 was the successor to the AFL. The fully automatic AFL, affectionately known as the "Picasso", was the first Olympus camera to be equipped with a high-capacity lithium battery. While Olympus had broken into the mainstream market for fully automatic auto-focus cameras with the AFL, we had been unable to achieve a significant increase in our market share. The development team inspired the entire work force of the Tatsuno Plant with their determination to make this new product a hit.

By the time the meeting drew to a close, the plant staff were convinced that the AF-1 was the camera the market demanded. Technical challenges abounded, but they were tackled head-on and overcome through the combined efforts of the plant staff and the development team. Everyone was sure that they were creating another dream camera that was perfectly in tune with market needs, like the OM-1, and the plant was filled with a real sense of creative energy.

The Olympus team was creating the world's first weatherproof camera, a task that would require the use of new technologies. Although we had obtained extensive know-how from watch manufacturers and from our own endoscope division, not all of this knowledge was immediately applicable to cameras. On a camera there are many points that need to be waterproofed, including the area around the lens barrel, the film and battery compartments, and the controls.

A variety of technologies were used to waterproof these sections, including rubber packing and rubber switches, and the use of ultrasonic welding on window parts. Another challenge we faced was the development of waterproofing evaluation technology. Development and manufacturing personnel met each challenge with unwavering enthusiasm.

From a structural perspective, the front and back covers, the back lid, and the battery compartment lid would all need water-proofing. This required the use of rubber packing and grooves to hold the rubber packing. And to produce components with grooves, we would have to use plastic rather than metal. Waterproofing was initially tested at the unit level, and final assurance was provided by subjecting the finished camera to a shower test. The back lid unit was water-proofed by using adhesive to fix the rubber to the groove. Because the adhesive cannot be removed, the process needed to be carried out quickly and precisely, and that took skill. If the rubber was twisted, or if even a tiny amount of adhesive stuck to its surface, there would be water seepage.

We developed our own waterproofing test equipment to check for leaks. This proprietary technology materialized as the result of meticulous research combined with a trial-and-error process. 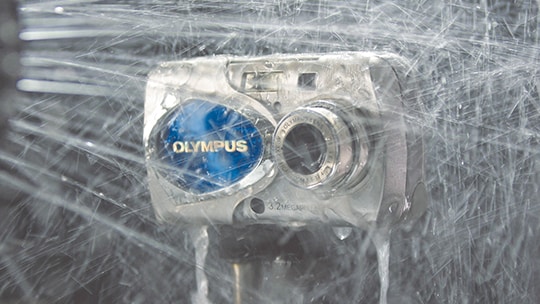 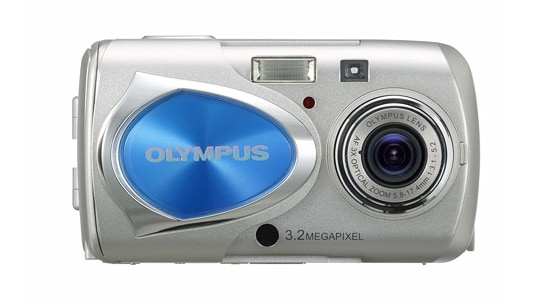 To meet the cost target, we would have to eliminate the need for painting of plastic external surfaces. Unless it could be achieved, Olympus would not be able to create the dream camera. Driven by their awareness of the importance of this task, the engineers continually modified the molding conditions and repeated the mold polishing*1process until they achieved the appearance and quality required for external parts. 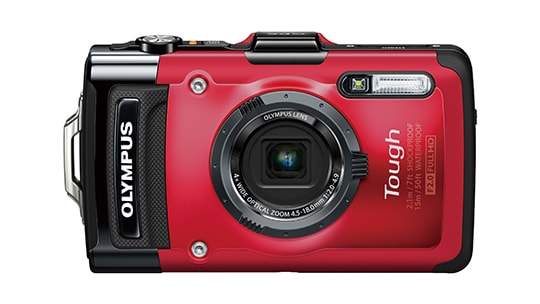 The "Stylus TG-2 Tough" (2013)
has advanced to be waterproof to 15m and shockproof to 2.1m. It can be further equipped with system accessories such as lens converters.

For the elimination of the weld line (a seam of resin), Olympus development and production engineers tried everything they could think of to find a solution, including changing the molding conditions, using resins with different flow properties, and changing the position of the gate*2. Following the introduction of plastic external surfaces on the AF-1, the technology was further improved and used on many other products.

Waterproofing technology developed for the AF-1 was later used in the µ series as well, eventually evolving into weatherproofing technology for metal body digital cameras. Then, debuting in 2013, water-proofing technology that allowed cameras, such as the "stylus TG-2", etc. to be used underwater even at depths of down to 15 meters. Olympus built a reputation for itself as "the manufacturer of waterproof cameras".

*1: Molds are polished by sandblasting and other methods to remove minute imperfections and create a uniform surface. The color and luster of the finished products will very according to the fineness and depth of the polishing process.

*2: The gate (sprue) is an opening in a mold through which liquid resins flow.